I haven't blogged in the past two weeks. The overwhelming effects of what we all have gone through has hit me quite hard. I have been very lucky that I've never felt that my life was in danger because of the color of my skin. And, to be honest there have been almost no instances where I have felt discriminated. I have lived in a bubble and I feel guilty. I grew up in Puerto Rico and was quite the loner, so there weren't many instances that allowed any altercations of this kind to happen. Again, my tale is very different than the ones from the individuals around me. Their lives have been filled with struggle, pain, and very limited opportunities.

I am lucky in the fact that even though my childhood was not one I'd wish on anyone, my parents always made sure that my needs were met and I was never without. I see Chicago with different eyes than most. But as time passes, I slowly start to understand the almost insurmountable challenges that people of color (including me) face. It's going to be hard to fight the deep-set roots of the systematic racism in this country. An incredible challenge. But, I believe that we can fight and win. That said, there is no one-day solution. It is a constant, everyday struggle in which ALL of us have to put our part. Our system is one of unfair, antiquated directives that we have subconsciously accepted. It is time we burn the system...

Moving on, I was looking through one of my online album titled Random. It certainly lives up to its name. 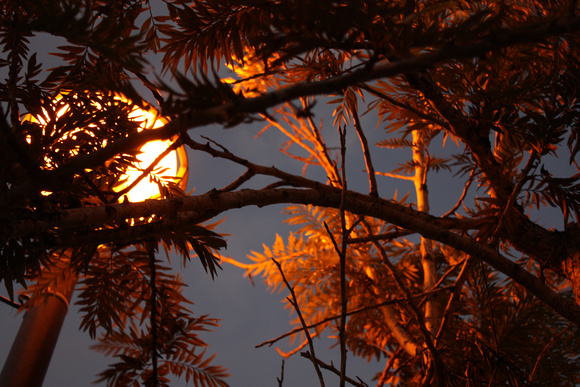 I believe this is one of the first photos I ever took. At the time, I had just bought my first DSLR and was attending 2 different colleges. Why, you ask? Because I was an overachiever. LOL! This was taken at one of my schools' campus. Our professor would have us go outside and photograph things. I really enjoy that. I wish I would have finished that class. When things started getting complicated, I just didn't have enough funds to continue to attend. I also thought at the time that I knew more than the teacher. I know, I'm a little shit. LOL! 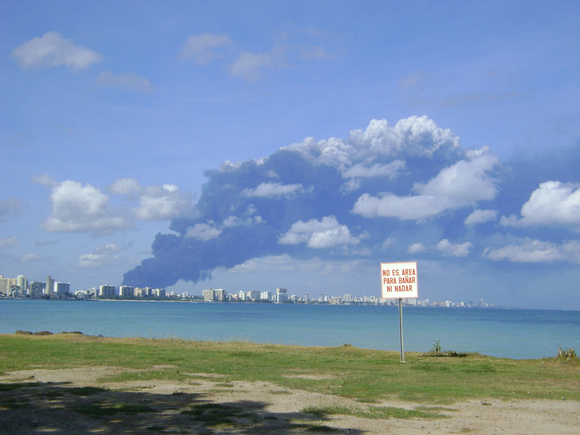 A few years ago (when I still lived on the island), there was a big explosion in a... I believed it was a gas refining plant. The explosion was so loud and huge that it blew off the windows of a recently built all-glass building that was miles away. It was a huge deal on the island because they were really afraid the fire would reach the gas lines buried under the nearby highway. Thankfully, it did not. When that happened a lot of people that lived around the plant woke up from the explosion and decided to drive down to the closest street to the fire take pictures and chill. #explosionandchill Police started telling people they would get ticketed a hefty fine if they came in.  At one point there was so many people in the area that it was hard for the authorities to work. As you can see in the photo, I lived quite far. I believe I was three towns away and I could still see all that smoke. It burned for almost a week.

You can read more about it HERE 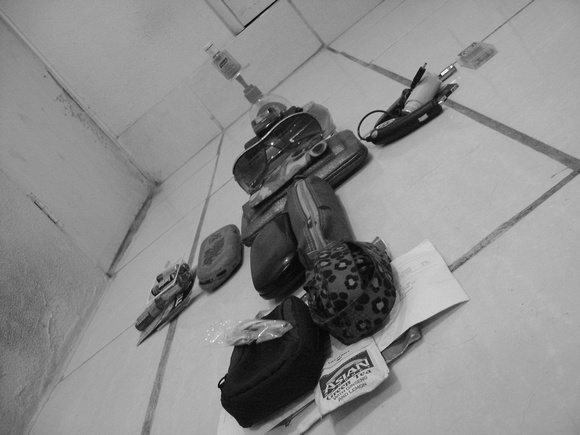 Another random photograph. This was a "What's in your bag" photo challenge. I have a love/hate relationship with this photograph. It seems to pop up once in a while and I'm just "eh" about it. I've been meaning to delete it for years but I can't seem to follow through. 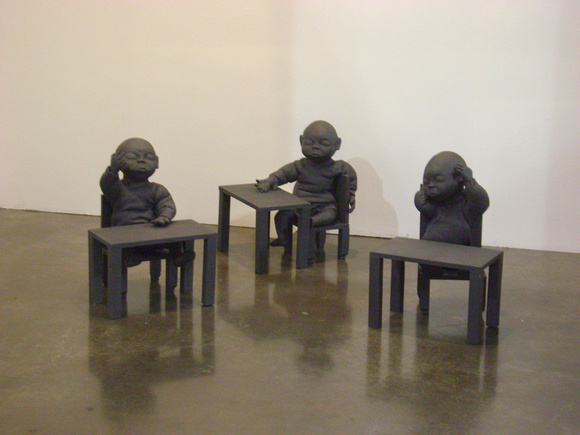 While in grad school, I was able to go to an art fair exhibition where lots of artists from around the world were present. I was in awe at all the incredibly talented individuals I came across. I felt so inspired! I have to look through my records to see if I can find the pictures from the event. These sculptures were part of a couple sets the artist had made. I remember being so afraid to take photos. I still am. I haven't found an effective to go up to people, introduce myself and ask for a photograph. I get so shy! My photography career has suffered because of it. This should be one of my photography goals (and really life goals). I want to be able to go to C2E2 and feel that I can take someone's photo without feeling awkward. 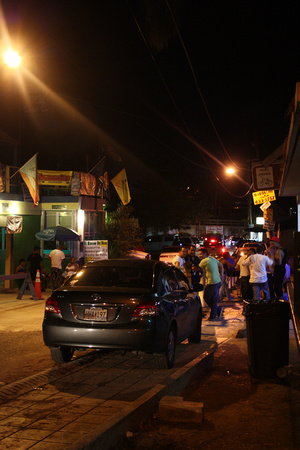 To be honest, I don't remember where or when this shot was taken. I have a feeling its from a trip me and my friends took and got lost. I also seem to remember going to a Chinese takeout place.

...Actually, now that I take a closer look at it, I think it was from a time I was trying to take photos around my house. I used to live in a very touristy area and decided to head out during nighttime, take pictures, and confront my fears. It ended backfiring on me because there were two drunk security guards from one of the businesses that thought I was being creepy and didn't want me to take photos of their property (even though I was outside). They were bothering me and trying to take my camera away. I got scared and left. After that, it was a while until I decided to take my camera with me anywhere. I always keep thinking someone was going to steal it from me. I'm almost always by myself during my photo adventures and I feel that makes me a target. This is I'm always lacking on the photo front. Because I don't want to go by myself, It makes me feel unsafe. I need to work on this. 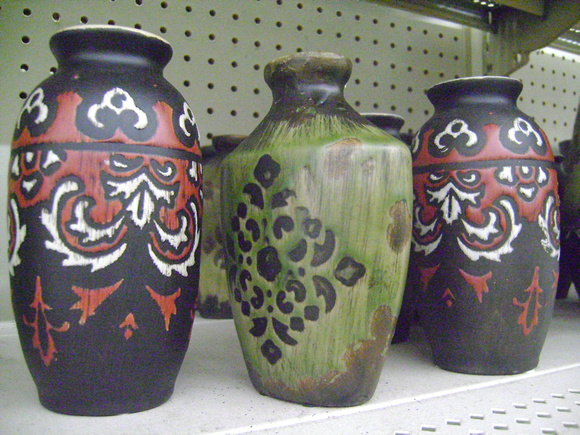 Pretty sure this was taken at All Ways 99. I fucking LOVE dollar stores. Around the 90's the first dollar store opened in Plaza Carolina, Puerto Rico. It was a store where everything was $1.10. It was ALWAYS packed! The management changed the format and made everything more expensive. It eventually closed. My love of cheap made-in-china trinkets is deep and unchanging. After some time, All Ways 99 stores started popping up. Almost nothing is .99. Actually, nothing is .99, LOL! but they have cool stuff and you can pretty much decorate your whole house. Since I'm going to Puerto Rico this year, I just might stop by and get some things. I already know I'll need a big suitcase. 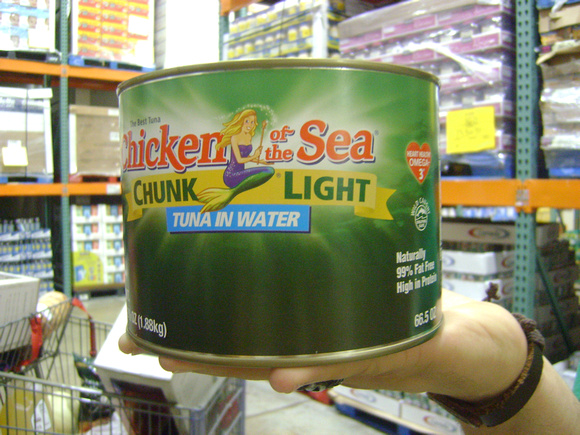 CONFESSION: I've been eating tuna for many years and I never knew that was its name. I honestly never bother to look. Also, I'm not picky so Ill just get what's on sale. So when Jessica Simpson got shit for her whole Chicken of the Sea situation, I acted all stupid like I knew what was going on but I didn't even know that was the brand. Sorry Jessica!!! 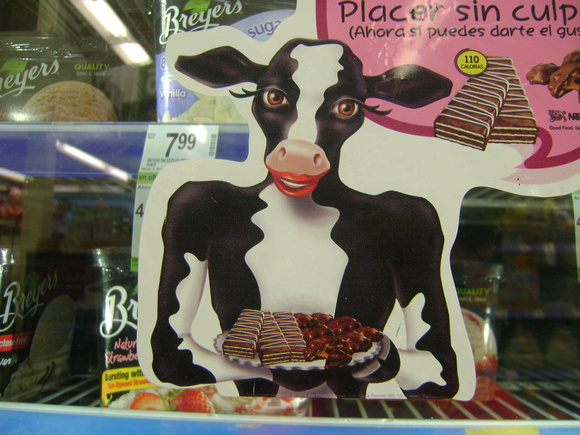 I've always found the cow from the Skinny Cow brand disturbing. Does anyone else feel the same way? I mean, I guess it's cool that there is a "healthier" alternative but it's just weird to me. Also, I want you to notice the $8 dollar ice cream in the back. 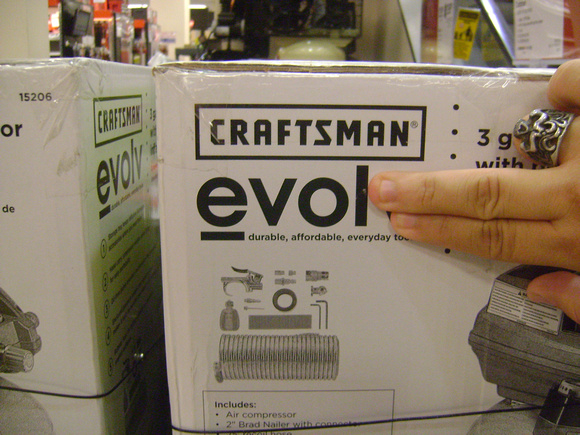 It's my name!!! There is a story behind that name. My best friend from Puerto Rico gave it to me. He calls me Evol. I adopted it and for a long while I used it as my art pseudonym and online store name. Shit, my email is still that name. People think it's always weird and that I'm evil. In reality, I'm probably the nicest, non-confrontational person you'll ever meet. I get a kick out of it and at the same time feel embarrassed by it. LOL! 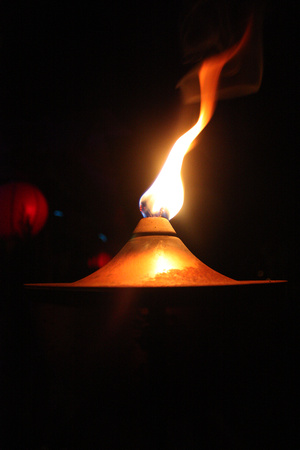 I'm not sure when this happened. But it is quite lovely. I think I've narrowed down to two places:

A) The party of a friend I no longer talk to. (It's a long tale and it makes none of us look good)

B) Some fancy Asian cuisine place that I don't remember at all. 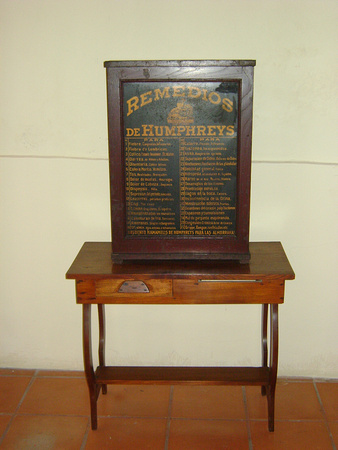 This photo was part of a set. I was doing a project for school and I went to the Pharmacy Museum. That box has pretty much that you need to prepare medicine (I think, don't remember well) I fell in love with all the tiny tickets, bottles and the sort. I live for stuff like this. I wonder if it's still open. I'd like to visit again. 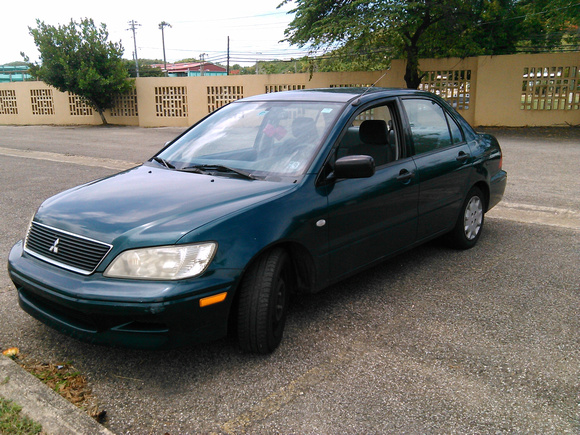 Its name was Alexis, the gender-bending Lancer. I could never figure out its gender, so I decided it was ALL of the genders. Yes, this is the first LGBTQA car.

NOTE: I'm not trying to be controversial or want to speak badly about anyone. My car just marched to its own beat and I loved it.

I miss you Alexis. Your sister Sylvie says hi!